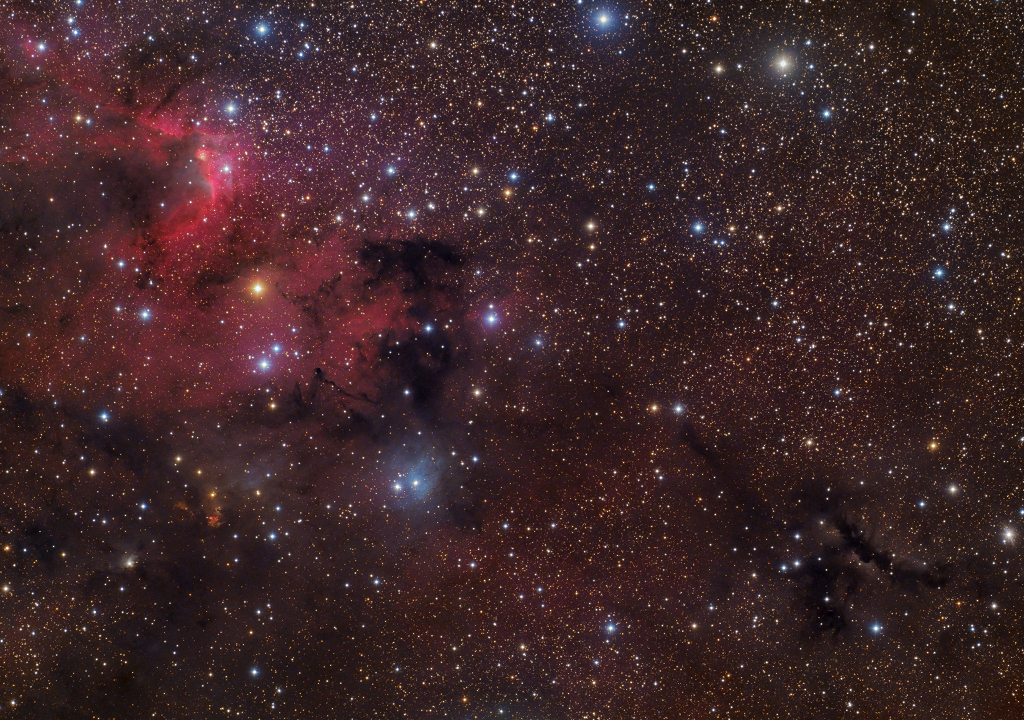 Explanation: This colorful skyscape spans about three full moons (1.5 degrees) across nebula rich starfields along the plane of our Milky Way Galaxy in the royal northern constellation Cepheus. Near the edge of the region's massive molecular cloud some 2,400 light-years away, bright reddish emission region Sharpless (Sh) 155 lies at the upper left, also known as the Cave Nebula. About 10 light-years across the cosmic cave's bright rims of gas are ionized by ultraviolet light from hot young stars. Dusty blue reflection nebulae also abound on the interstellar canvas cut by dense obscuring clouds of dust. The long core of the Lynds Dark Nebula (LDN) 1210 anchors the scene at lower right. Astronomical explorations have revealed other dramatic signs of star formation, including the bright red fleck of Herbig-Haro (HH) 168. Directly below the bright Cave Nebula, the Herbig-Haro object emission is generated by energetic jets from a newborn star.