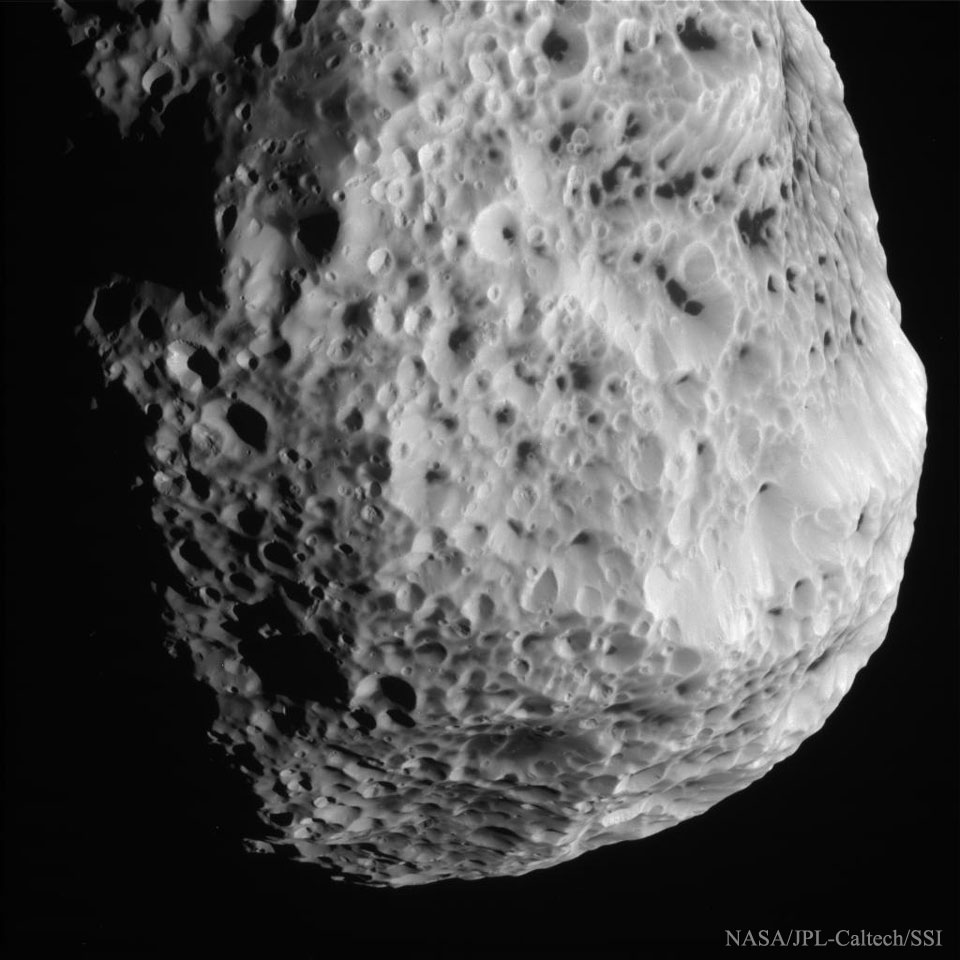 Explanation: Why does this moon look like a sponge? To better investigate, NASA and ESA sent the Saturn-orbiting robotic spacecraft Cassini zooming past Saturn's moon Hyperion, once again, earlier this week. One of the images beamed back to Earth is featured above, raw and unprocessed. Visible, as expected, are many unusually shaped craters with an unusual dark material at the bottom. Although Hyperion spans about 250 kilometers, its small gravitational tug on Cassini indicates that it is mostly empty space and so has very low surface gravity. Therefore, the odd shapes of many of Hyperion's craters are thought to result from impacts that primarily compress and eject surface material -- instead of the more typical round craters that appear after a circular shock wave that explosively redistributes surface material. Cassini is on track for another flyby of Saturn's Dione in about two weeks.