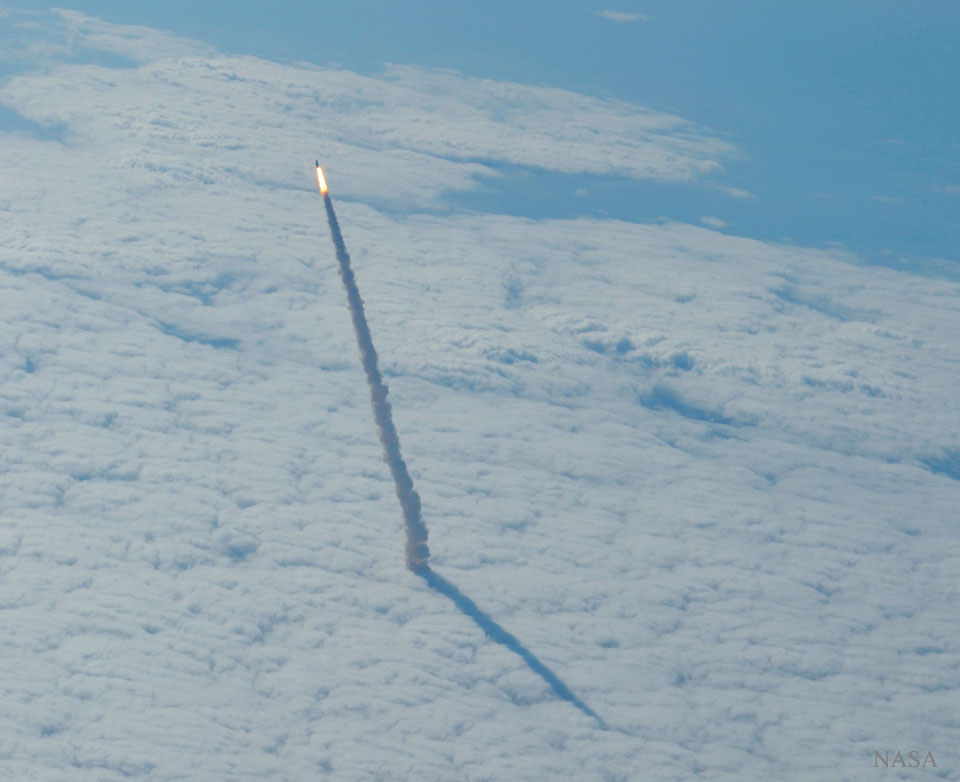 Explanation: What's that rising from the clouds? The space shuttle. Sometimes, if you looked out the window of an airplane at just the right place and time, you could have seen something very unusual -- a space shuttle launching to orbit. Images of the rising shuttle and its plume became widely circulated over the web shortly after Endeavour's final launch in 2011 May. The above image was taken from a shuttle training aircraft by NASA and is not copyrighted. Taken well above the clouds, the image can be matched with similar images of the same shuttle plume taken below the clouds. Hot glowing gasses expelled by the engines are visible near the rising shuttle, as well as a long smoke plume. A shadow of the plume appears on the cloud deck, indicating the direction of the Sun. The US Space Shuttle program concluded in 2011, and Endeavour can now be visited at the California Science Center.