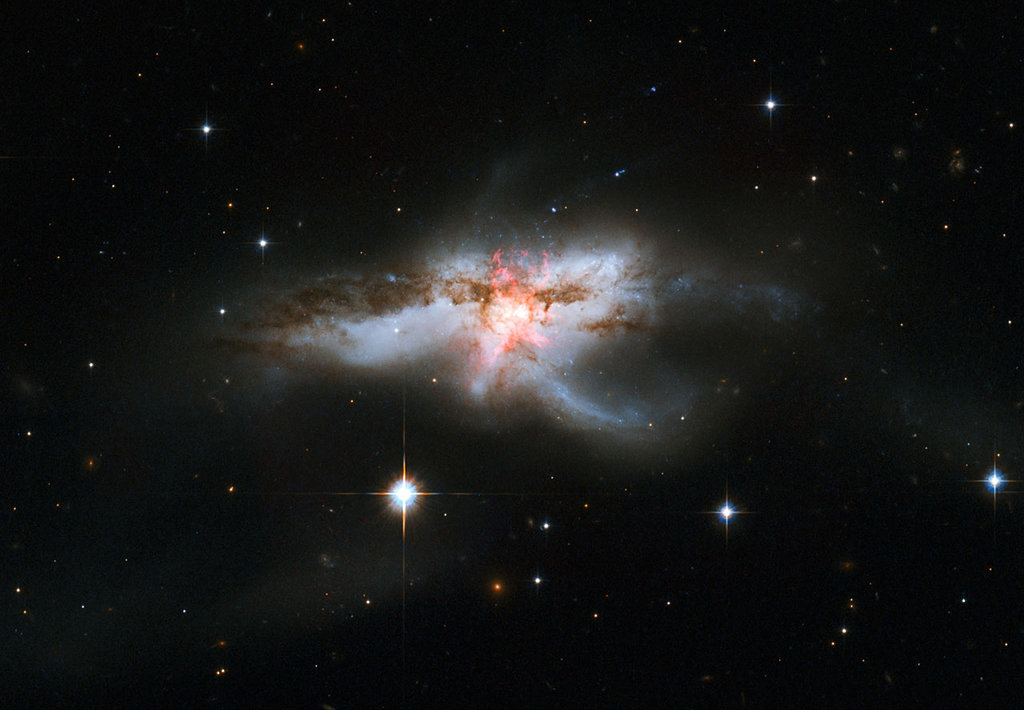 Explanation: NGC 6240 offers a rare, nearby glimpse of a cosmic catastrophe in its final throes. The titanic galaxy-galaxy collision takes place a mere 400 million light-years away in the constellation Ophiuchus. The merging galaxies spew distorted tidal tails of stars, gas, and dust and undergo fast and furious bursts of star formation. The two supermassive black holes in the original galactic cores will also coalesce into a single, even more massive black hole and soon, only one large galaxy will remain. This dramatic image of the scene is a composite of narrowband and near-infrared to visible broadband data from Hubble's ACS and WPC3 cameras, a view that spans over 300,000 light-years at the estimated distance of NGC 6240.