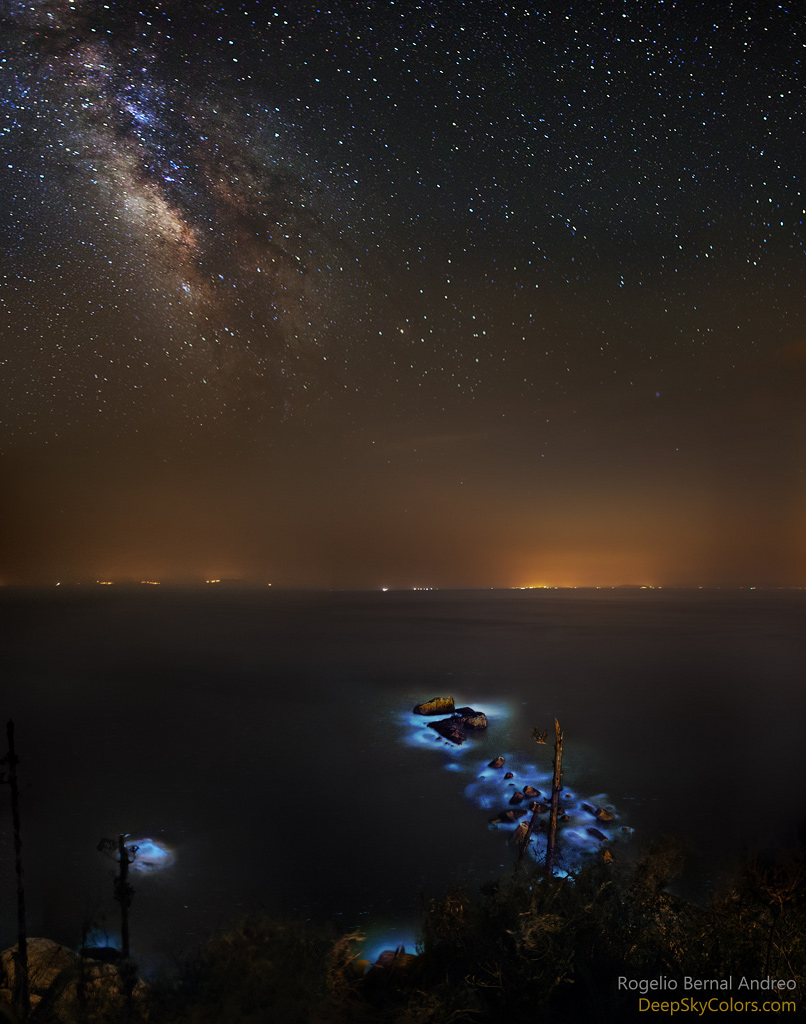 Explanation: Lapping at rocks along the shore of the Island of Nangan, Taiwan, planet Earth, waves are infused with a subtle blue light in this sea and night skyscape. Composed of a series of long exposures made on April 16 the image captures the faint glow from Noctiluca scintillans. Also known as sea sparkles or blue tears, the marine plankton's bioluminescence is stimulated by wave motion. City lights along the coast of mainland China shine beneath low clouds in the west but stars and the faint Milky Way still fill the night above. Over the horizon the galaxy's central bulge and dark rifts seem to echo the rocks and luminous waves.