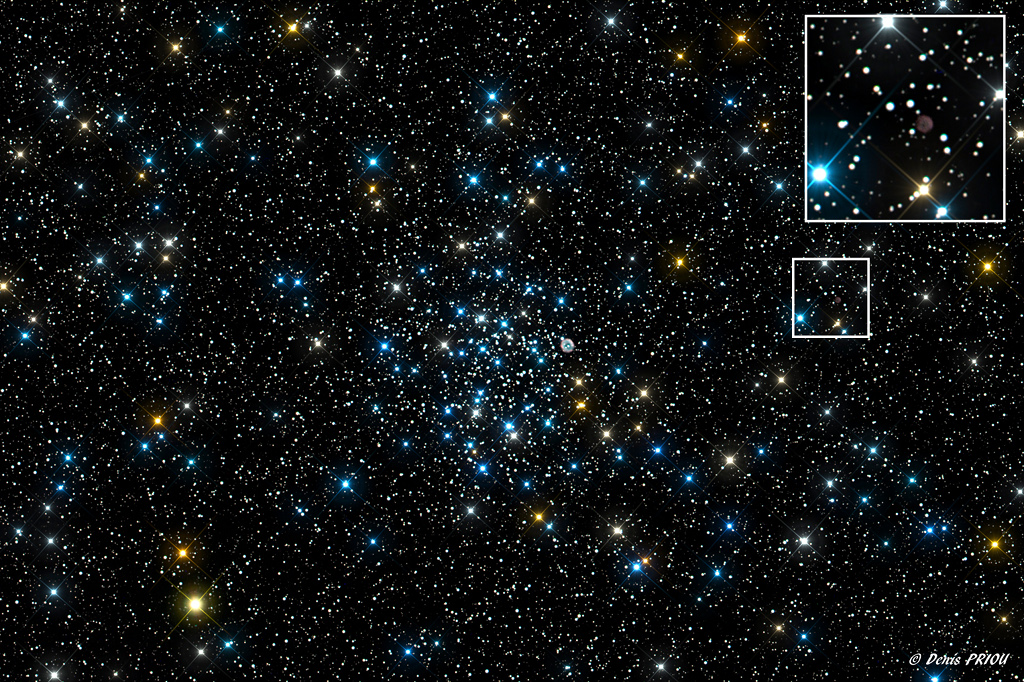 Explanation: Galactic or open star clusters are young. These swarms of stars are born together near the plane of the Milky Way, but their numbers steadily dwindle as cluster members are ejected by galactic tides and gravitational interactions. In fact, this bright open cluster, known as M46, is around 300 million years young. It still contains a few hundred stars within a span of 30 light-years or so. Located about 5,000 light-years away toward the constellation Puppis, M46 also seems to contain contradictions to its youthful status. In this pretty starscape, the colorful, circular patch above and right of the center of M46 is the planetary nebula NGC 2438. Fainter still, a second planetary nebula, PK231+4.1, is identified by the box at the right and enlarged in the inset. Planetary nebulae are a brief, final phase in the life of a sun-like star a billion years old or more, whose central reservoir of hydrogen fuel has been exhausted. NGC 2438 is estimated to be only 3,000 light-years distant, though, and moves at a different speed than M46 cluster members. Along with its fainter cohort, planetary nebula NGC 2438 is likely only by chance appearing near our line-of-sight to the young stars of M46.