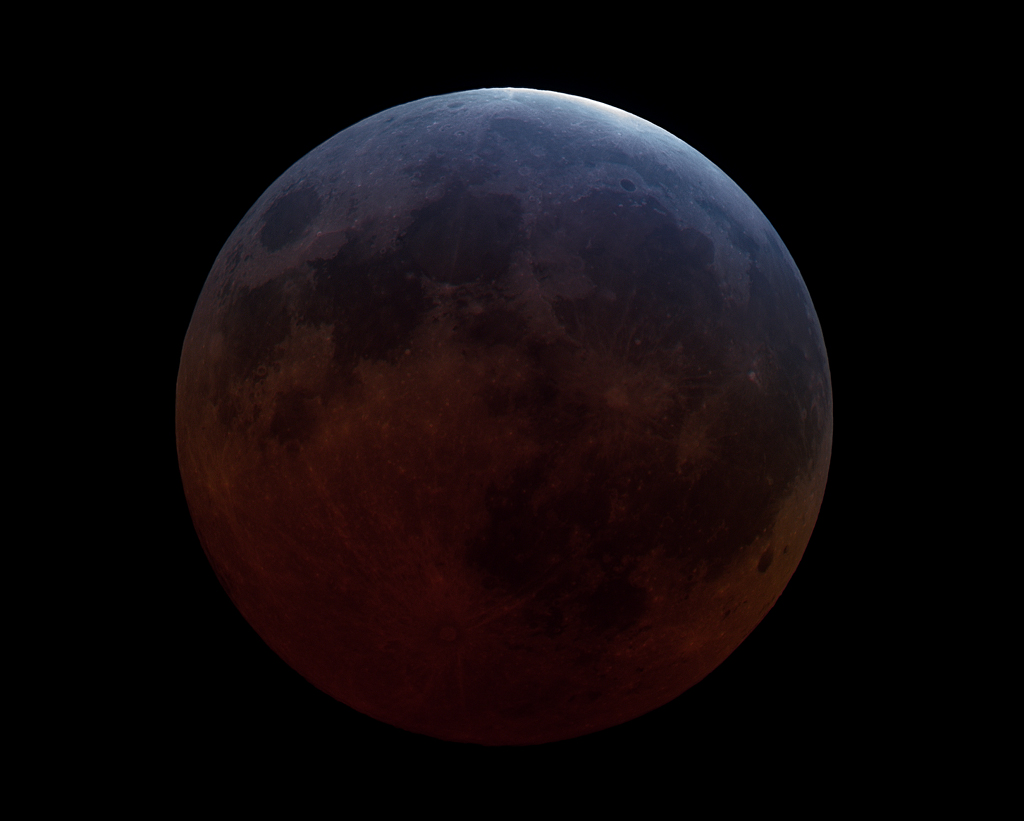 Explanation: Last week the Full Moon was completely immersed in Earth's dark umbral shadow, just briefly though. The total phase of the April 4, 2015 lunar eclipse lasted less than 5 minutes, the shortest total lunar eclipse of the century. In fact, sliding just within the Earth's umbral shadow's northern edge, the lunar north stayed relatively bright, while a beautiful range of blue and red hues emerged across the rest of the Moon's Earth-facing hemisphere. The reddened light within the shadow that reaches the lunar surface is filtered through the lower atmosphere. Seen from a lunar perspective it comes from all the sunsets and sunrises around the edges of the silhouetted Earth. Close to the shadow's edge, the bluer light is still filtered through Earth's atmosphere, but originates as rays of sunlight pass through layers high in the upper stratosphere. That light is colored by ozone that absorbs red light and transmits bluer hues. In this sharp telescopic view of totality from Auckland, New Zealand, planet Earth, the Moon's north pole has been rotated to the top of the frame.