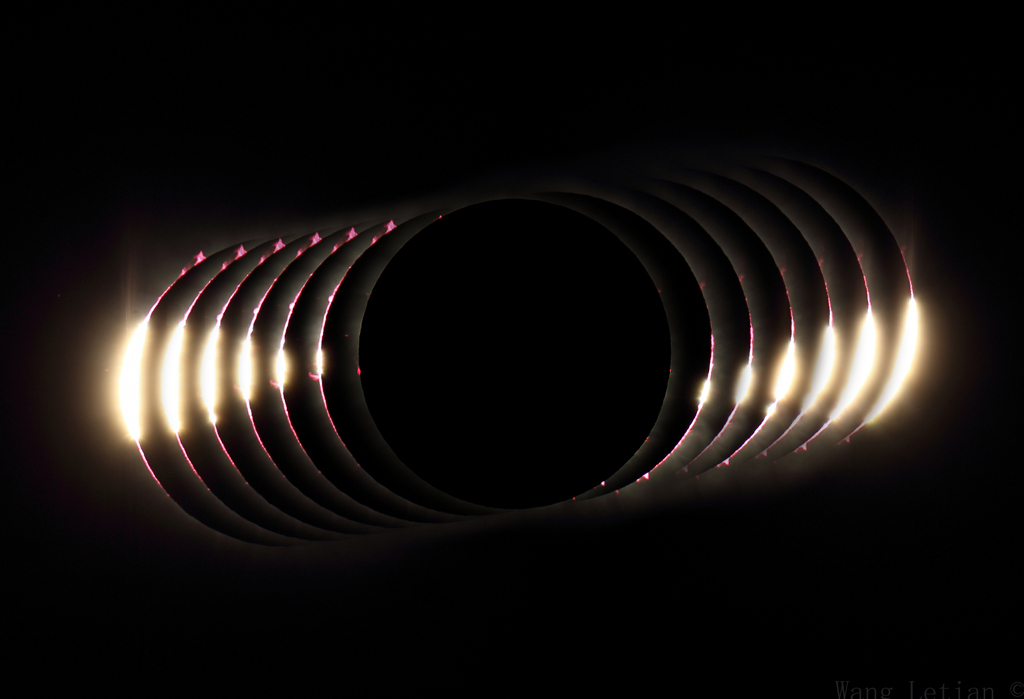 Explanation: Near the March 20 equinox the cold clear sky over Longyearbyen, Norway, planet Earth held an engaging sight, a total eclipse of the Sun. The New Moon's silhouette at stages just before and after the three minute long total phase seems to sprout glistening diamonds and bright beads in this time lapse composite of the geocentric celestial event. The last and first glimpses of the solar disk with the lunar limb surrounded by the glow of the Sun's inner corona give the impression of a diamond ring in the sky. At the boundaries of totality, sunlight streaming through valleys in the irregular terrain along the Moon's edge, produces an effect known as Baily's Beads, named after English astronomer Francis Baily who championed an explanation for the phenomenon in 1836. This sharp composition also shows off the array of pinkish solar prominences lofted above the edge of the eclipsed Sun.