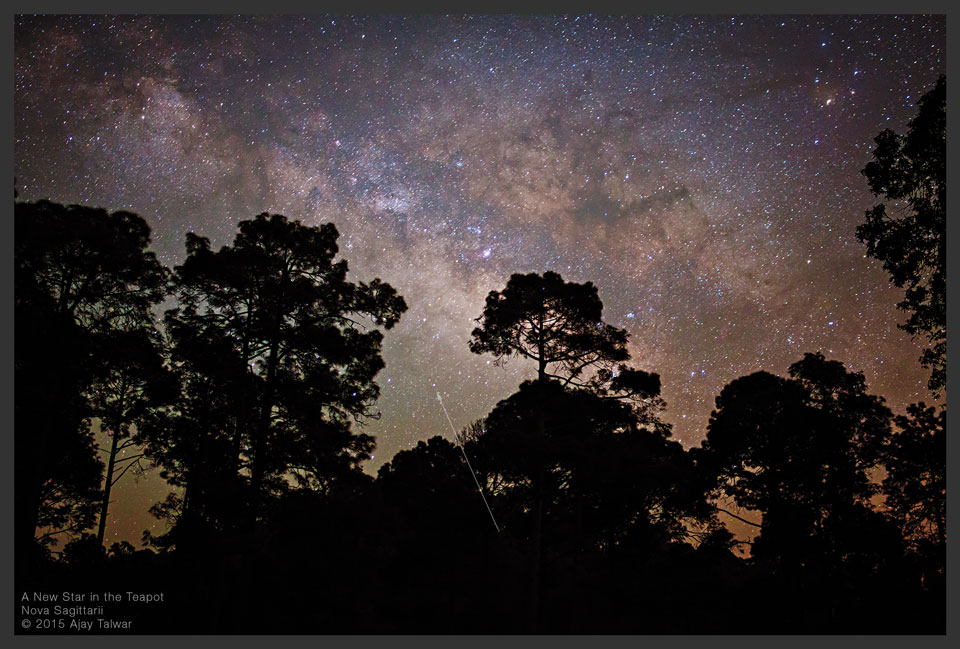 Explanation: It quickly went from obscurity to one of the brighter stars in Sagittarius -- but it's fading. Named Nova Sagittarii 2015 No. 2, the stellar explosion is the brightest nova visible from Earth in over a year. The featured image was captured four days ago from Ranikhet in the Indian Himalayas. Several stars in western Sagittarius make an asterism known as the Teapot, and the nova, indicated by the arrow, now appears like a new emblem on the side of the pot. As of last night, Nova Sag has faded from brighter than visual magnitude 5 to the edge of unaided visibility. Even so, the nova should still be easily findable with binoculars in dark skies before sunrise over the next week.