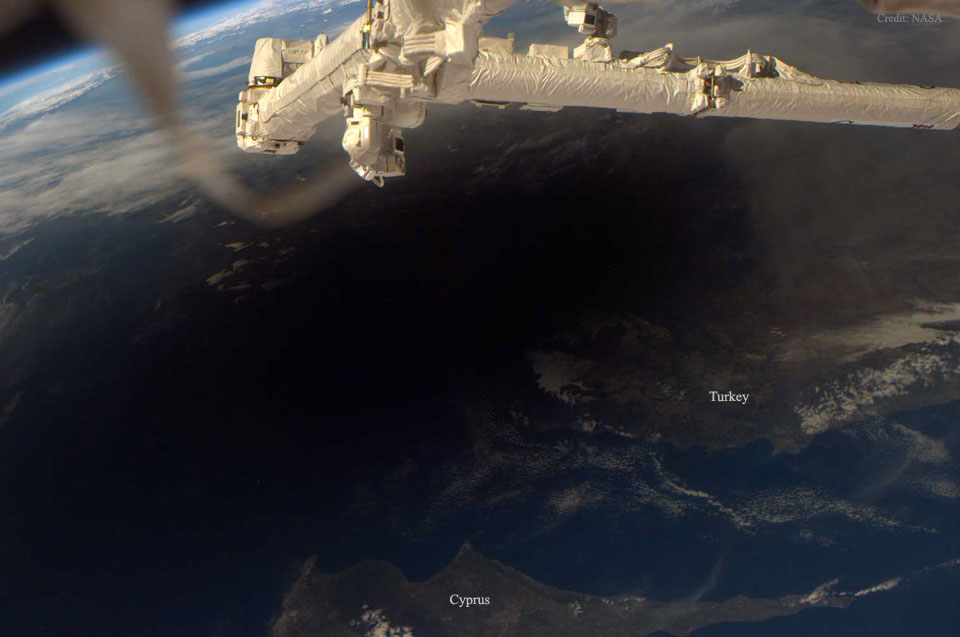 Earth During a Total Eclipse of the Sun
Image Credit: Expedition 12 Crew, NASA

Explanation: What does the Earth look like during a total solar eclipse? It appears dark in the region where people see the eclipse, because that's where the shadow of the Moon falls. The shadow spot actually shoots across the Earth at nearly 2,000 kilometers per hour, darkening locations in its path for only a few minutes before moving on. The featured image shows the Earth during the total solar eclipse of 2006 March, as seen from the International Space Station. On Friday the Moon will move in front of the Sun once again, casting another distorted circular shadow that, this time, will zip over part of the north Atlantic Ocean.