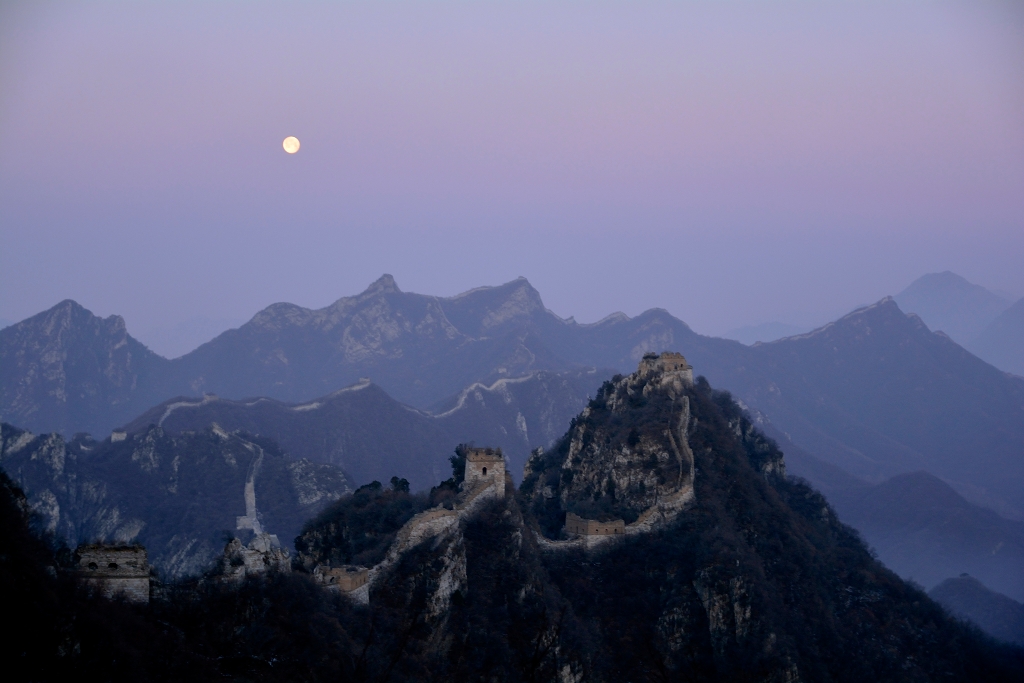 Explanation: Last Friday, an almost Full Moon rose as the Sun set, over this mountainous landscape north of Beijing, China. Also near apogee, the farthest point in its elliptical orbit around planet Earth, it was this year's smallest and faintest Full Moon. The Jiankou section of the Great Wall of China meanders through the scene, the ancient Great Wall itself the subject of an older-than-the-space-age myth that it would be visible to the eye when standing on the lunar surface. But even from low Earth orbit, the large scale artifact of human civilization is very difficult to identify. At its farthest from our fair planet, the Moon shines brightly in the twilight sky though, posing in the faint, pinkish band known as the antitwilight arch or the belt of Venus.