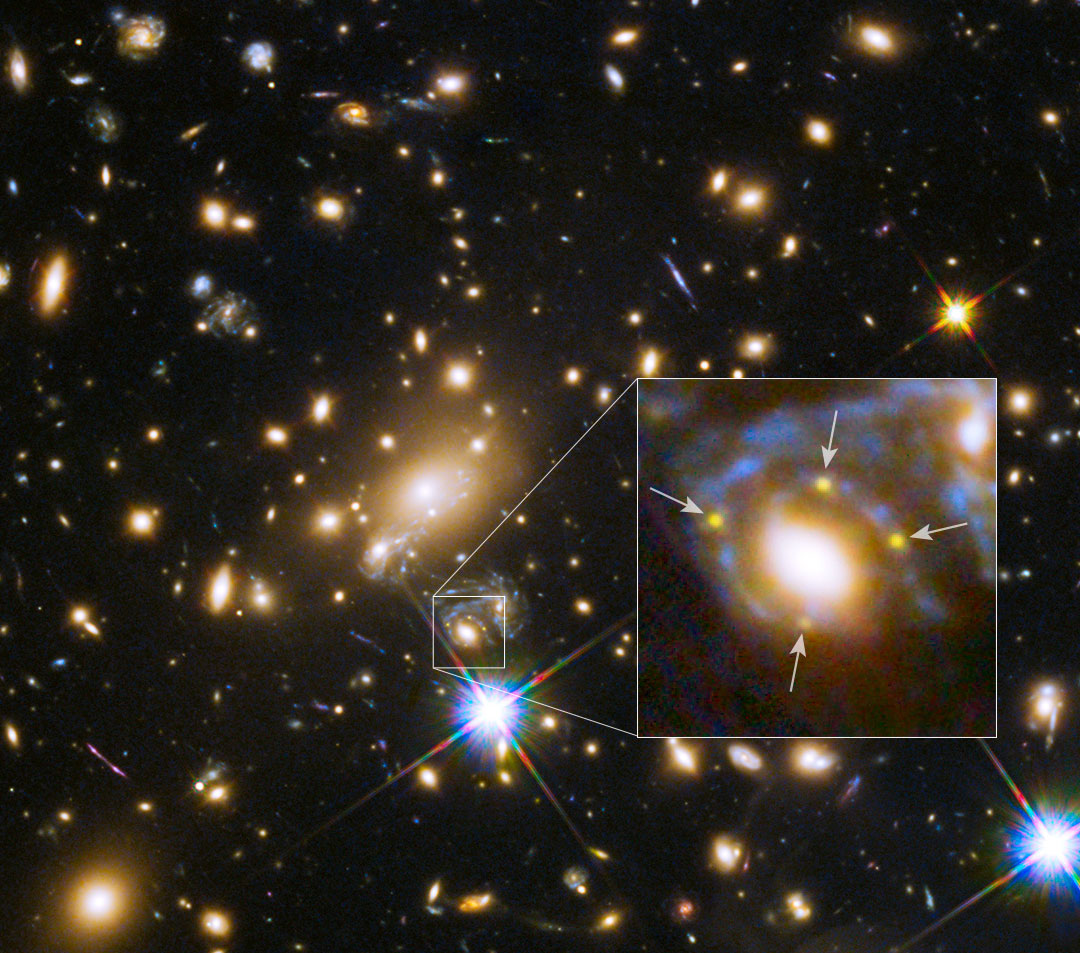 Explanation: What are the unusual spots surrounding that galaxy? They are all images of the same supernova. For the first time, a single supernova explosion has been seen split into multiple images by the gravitational lens deflections of intervening masses. In this case the masses are a large galaxy and its home galaxy cluster. The featured image was captured last November by the Earth-orbiting Hubble Space Telescope. The yellow-hued quadruply-imaged Supernova Refsdal occurred in the early universe far behind the cluster. Measuring the locations and time-delays between the supernova images should allow astrophysicists to recover the amount of dark matter in the galaxy and cluster. With patience and luck, a fifth image of the supernova will also be recovered nearby in the next few years.