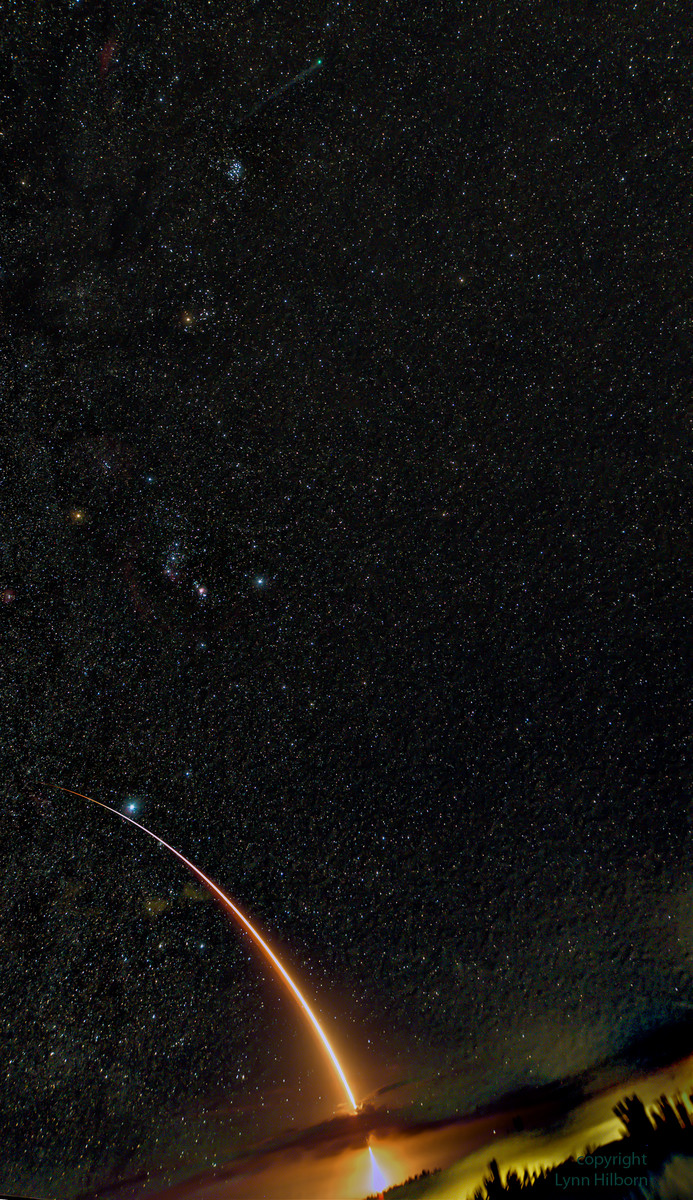 Explanation: Blasting skyward an Atlas V rocket carrying a U.S. Navy satellite pierces a cloud bank in this starry night scene captured on January 20. On its way to orbit from Space Launch Complex 41, Cape Canaveral Air Force Station, planet Earth, the rocket streaks past brightest star Sirius, as seen from a dark beach at Canaveral National Seashore. Above the alpha star of Canis Major, Orion the Hunter strikes a pose familiar to northern winter skygazers. Above Orion is the V-shaped Hyades star cluster, head of Taurus the Bull, and farther still above Taurus it's easy to spot the compact Pleiades star cluster. Of course near the top of the frame you'll find the greenish coma and long tail of Comet Lovejoy, astronomical darling of these January nights.