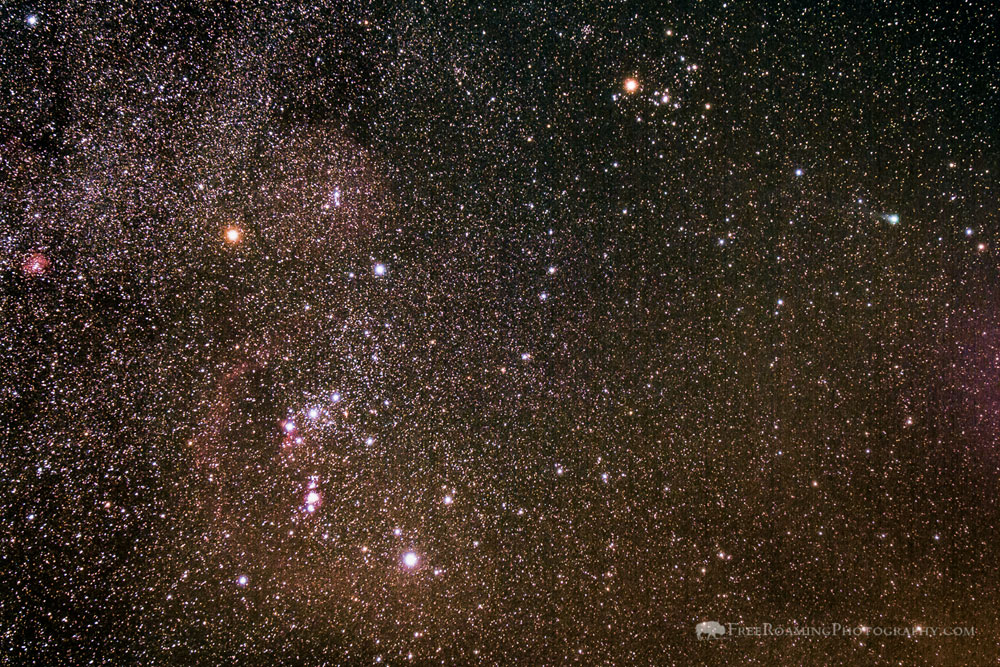 Explanation: Heading north, Comet Lovejoy (C/2014 Q2) is putting on its best show for comet watchers now, with moonlight absent from mid-January's early evening skies. An easy binocular target and just visible to the unaided eye from dark sites, the comet sweeps across the constellation Taurus the Bull in this deep night skyscape. The starry scene was captured just two days ago on January 12, from Jackson Hole, Wyoming, planet Earth. In fact, the head of Taurus formed by the V-shaped Hyades star cluster points toward Lovejoy at the right. The comet's greenish coma and tail streaming in the anti-sunward direction also seem to have been shot from Orion's bow. You can spot the familiar stars of the nebula rich constellation of the Hunter on the left, and follow this link to highlight Comet Lovejoy in the wide field of view.