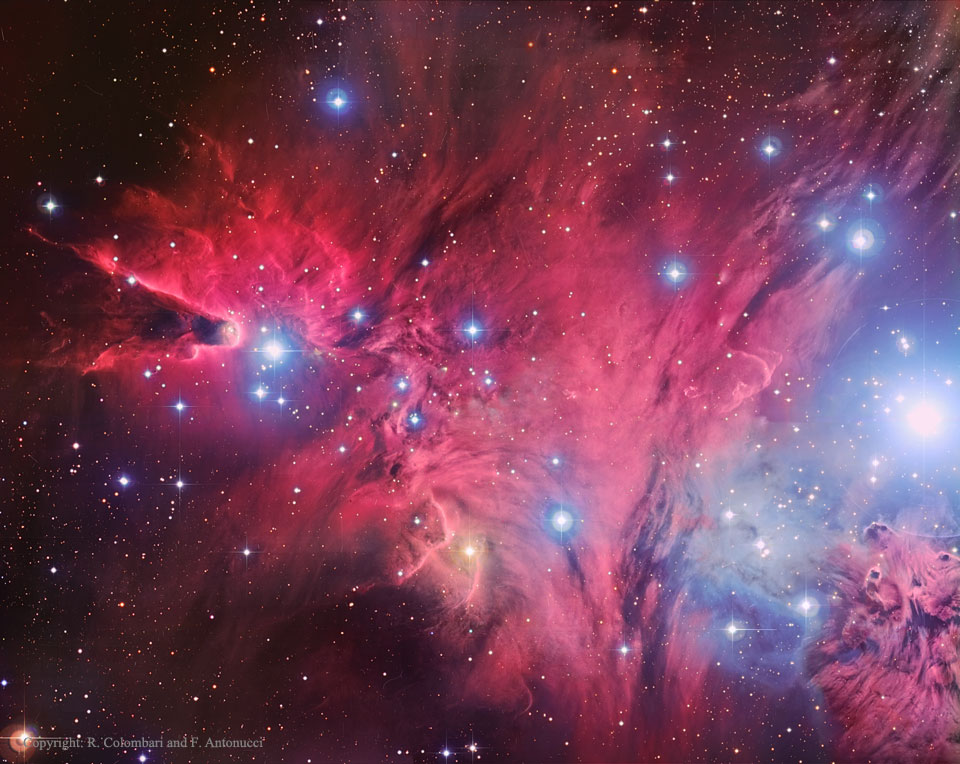 Explanation: What do the following things have in common: a cone, the fur of a fox, and a Christmas tree? Answer: they all occur in the constellation of the unicorn (Monoceros). Pictured as a star forming region and cataloged as NGC 2264, the complex jumble of cosmic gas and dust is about 2,700 light-years distant and mixes reddish emission nebulae excited by energetic light from newborn stars with dark interstellar dust clouds. Where the otherwise obscuring dust clouds lie close to the hot, young stars they also reflect starlight, forming blue reflection nebulae. The image spans about the diameter of a full moon, covering about 30 light-years at the distance of NGC 2264. Its cast of cosmic characters includes the Fox Fur Nebula, whose convoluted pelt lies on the lower right, bright variable star S Mon visible just above the Fox Fur, and the Cone Nebula on the image left. Given their distribution, the stars of NGC 2264 are also known as the Christmas Tree star cluster. The triangular tree shape traced by the stars appears here with its apex at the Cone Nebula on the left with its broader base near S Mon on the right.