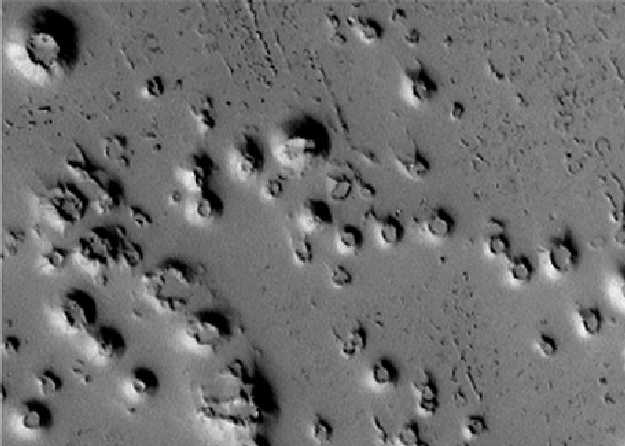 Explanation: What causes these unusual cone-shaped features on Mars? Spanning an average of only 100 meters at the base, these small cones appear near massive Martian volcanoes such as Olympus Mons. Near the cones are also dry channels and eroded banks. Given these clues, some scientists speculate that the cones were formed by lava heating ice lying just below the Martian surface. Lava heated ice would vaporize and expand, punching holes in the cooling lava flow as it escaped. Interestingly, nearby volcanoes may have erupted as recently as 10 million years ago, indicating the equatorial near-ground ice existed in the recent past, and therefore may also exist there today.